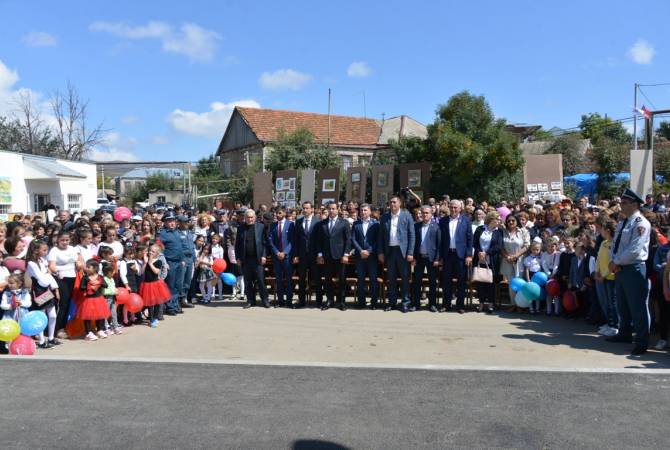 
GAVAR, SEPTEMBER 16, ARMENPRESS. The residents of Verin Chambarak of Gegharkunik province celebrated the 1000th anniversary of the foundation of their village.

The celebrations were attended by Governor of Gegharkunik province Gnel Sanosyan, Chambarak community leader Vazgen Adamyan, MPs, representatives of LSGs, soldiers, Artsakh liberation war veterans, etc. Before the launch of the event the residents of Chambarak and the guests toured the pavilions and tasted the national dishes.

Chambarak community leader Vazgen Adamyan delivered opening remarks, stating that Verin Chambarak was founded in 1019. “Chambarak is considered the gate of Armenia’s eastern border which acts as a protective shield. The resident of Chambarak feels proud, being the son of a land the people of which have been distinguished with their diligence centuries after their settlement here. Those who were born here later became famous scientists, teachers, military and public figures”, he said.

In his remarks Governor of Gegharkunik Gnel Sanosyan said this year 11 subvention programs are being implemented by the government in Chambarak as a result of which the people’s life will greatly improve in this bordering community. “Our future actions will also be directed for the fortification of our borders, ensuring security and establishing welfare”, he said.