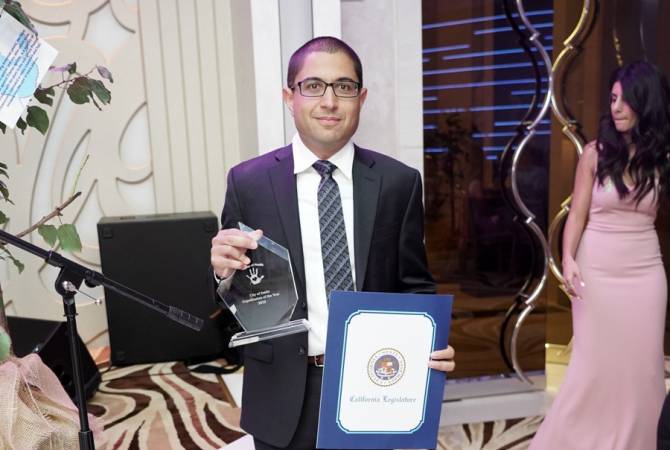 
YEREVAN, SEPTEMBER 14, ARMENPRESS. Armenia’s City of Smiles Charity Foundation has been named The Organization of the Year at the 5th annual gala dinner of Bridge of Health Charity Organization on September 8 in Los Angeles, California, USA.

Armenian PM Nikol Pashinyan’s spouse Anna Hakobyan is the Chairman of the Board of Trustees of City of Smiles.

The award is highlighting the huge work which City of Smiles is carrying out in Armenia for the development of hematology and oncology, Hakobyan’s office said in a news release.

Oncologist Shant Shekheredimyan, Member of the Honorary Board of City of Smiles, received the award at the event.

“Working with City of Smiles Foundation is a great honor. Although it is very important to provide financial assistance to children having cancer and blood diseases and their families, systemic medical improvement which the City of Smiles and Bridge of Health organizations strive for have great importance for a healthier and happier Armenia,” Bridge of Health President Robert Aghaverdyan said in remarks.

City of Smiles was founded in 2014 with the mission of helping children in overcoming cancer and blood diseases. Anna Hakobyan serves as Chairman of the Board of Trustees of the foundation since 2018. More than 220 children have received support from the organization in one year. The foundation is providing treatment, medicine and daily 4-time meals to children. Patients and their family members also receive social-psychological support from the organization.