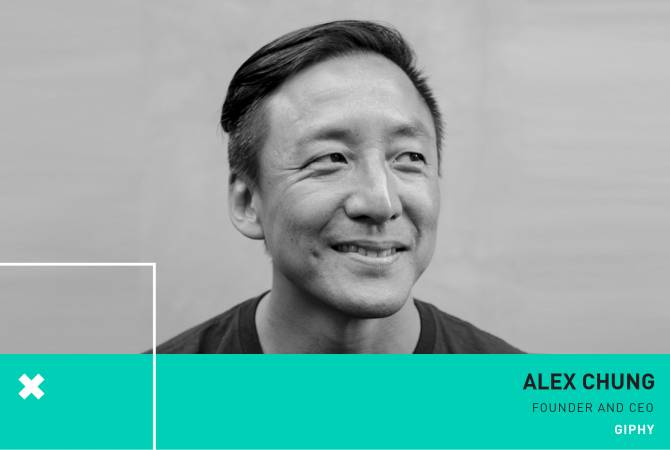 
YEREVAN, SEPTEMBER 13, ARMENPRESS. The 2019 World Congress on Information Technology (WCIT 2019) organizing committee announced today that Alex Chung, founder and CEO of GIPHY, will be joining the conversation at WCIT 2019 as a panelist. WCIT is one of the oldest and most prestigious ICT events in the world and will take place this year in Yerevan, Armenia from October 6-9. Mr. Chung will participate on a plenary panel called “Marketplace of Ideas”, along with Kim Kardashian West, Armenpress reports citing WCIT website.

“GIPHY is one of those internet companies which have totally changed the way we express ourselves over Social Media, Mr. Chung’s participation in the Marketplace of Ideas panel is bound to bring interesting discussion”, said Alexander Yesayan, chairman of the WCIT 2019 Yerevan organizing committee, president of the Union of Advanced Technology Enterprises of Armenia (UATE) and co-founder of UCom! the largest telecommunications provider in Armenia.

Alex Chung has an extensive background in the field of technology. He is the founder and CEO of GIPHY, the world’s first and largest GIF search engine as well as the world’s third largest search engine. Over 500 million people send more than 7 billion GIFs every day on GIPHY. That adds up to 11 hours of GIFs viewed every single day. GIPHY is where thousands of artists, brands, and content partners make today’s expression a little more moving. On GIPHY, users can not only search for their favorite GIFs and Stickers but post, embed, share, and more.

Before founding GIPHY, he worked on hardware at Intel and music videos at MTV as well as over a dozen startups over the last 20 years.

He was named on Business Insider’s Top 25 most influential technologists in New York, Ad Age’s 50 most creative people, Fast Company’s most creative people in business right next to Beyoncé, and has degrees in philosophy, engineering, and graphic design.

This year, WCIT will address The Power of Decentralization: Promise and Peril and explore how information and communications technology is transforming our lives for better and for worse, and its impact on profits and prosperity, safety and security, democracy and humanity. The conversation that begins at WCIT 2019 will continue beyond the close of the conference in an ongoing series of discussions called The Yerevan Talks.

WCIT is expected to attract more than 2,500 participants from more than 70 countries. For more information about WCIT 2019 and the agenda, visit www.wcit2019.org.

The Government of Armenia has declared IT a strategic area of focus and its legislation creates favorable conditions for foreign direct investments in the IT sector. Furthermore, consistent efforts are made to promote the development of high-tech innovations, ecosystems, and start-ups in the industry. Over 45 percent of the industry exports go to the USA and Canada, 25 percent to Europe, and 11 percent to Asia. Armenia is a home to over 900 ICT companies, including the globally-recognized PicsArt, Renderforest, Softconstruct, and Joomag.

WCIT 2019 will be held in Yerevan on October 6-9, 2019. The Congress is hosted by Armenia with the support and under the high patronage of the Governmentof the Republic of Armenia. The World Congress on Information Technology (WCIT) was established by the World Information Technology and Services Alliance (WITSA). Its main organizing body is the Union of Advanced Technology Enterprises (UATE).