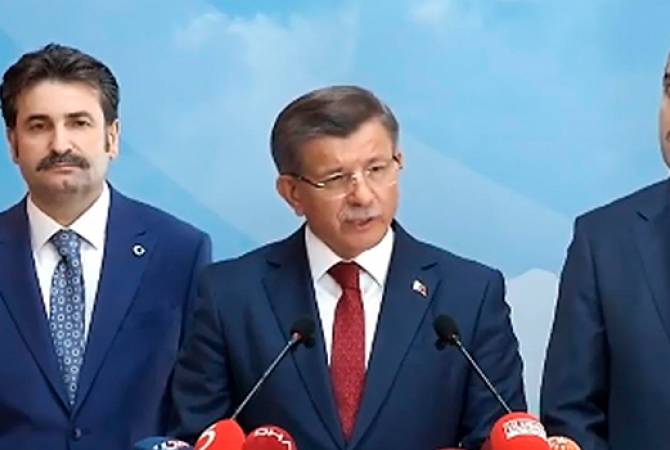 
YEREVAN, SEPTEMBER 13, ARMENPRESS. Turkey’s former prime minister Ahmet Davutoglu, once President Tayyip Erdogan’s closest ally, said on Friday he resigned from the ruling AK Party and again criticised its ability to govern, though he did not immediately launch a new party as expected, Reuters reports.

“The AK Party, which has fallen under the control of a small team, no longer has the ability to be a solution to our country’s problems,” Davutoglu told a press conference in Ankara.

Five other lawmakers resigned from the AK Party (AKP) alongside Davutoglu, 60. The party had earlier taken disciplinary action against him over his criticism of its policies, and was expected to soon dismiss him.