Ararat Mirzoyan meets with participants of rally against Amulsar mine exploitation 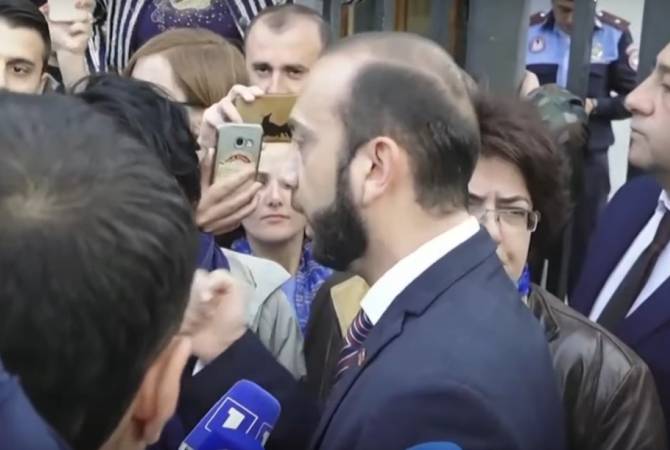 Mirzoyan noted that he will not participate in the discussion of the issue and he has come for just discussing some technical issues. ''Last time brawl occurred, and there were some tensions. Now I have come to rule out such developments'', Ararat Mirzoyan said.

To the questions of the protestors about the exploitation of the mine, Ararat Mirzoyan said he assesses many of the concerns over the issue ungrounded, but he shares some of the concerns.

The protestors will move along Baghramyan-Mashtots-Amiryan avenues and will end the rally at the Republican Square.