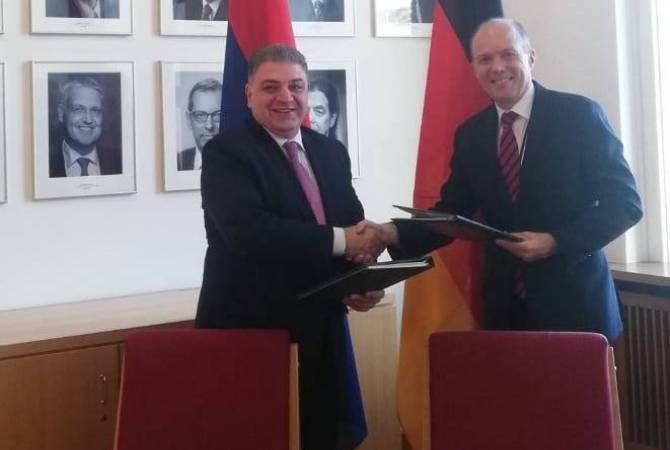 
YEREVAN, SEPTEMBER 11, ARMENPRESS. On September 10 the protocol on implementing the Armenia-Germany agreement on readmission of people residing without permits between Armenia and the European Union was signed in the German foreign ministry, the Armenian foreign ministry told Armenpress.

The agreement was signed on the sidelines of the working visit of Secretary General of the Armenian foreign ministry Vahagn Melikyan to Germany.

Armenia and Germany signed the agreement on April 19, 2013.