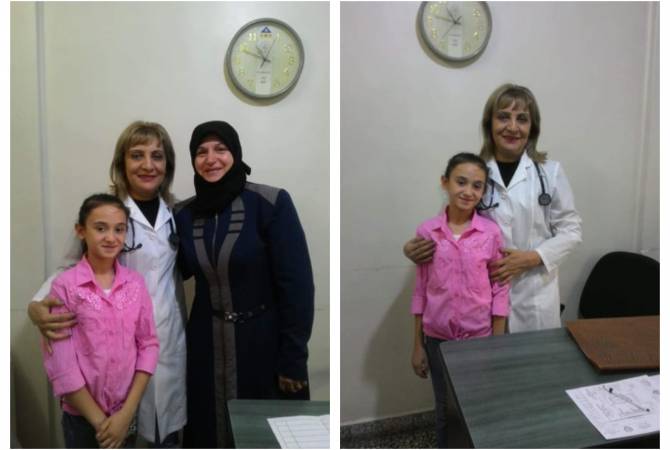 
YEREVAN, SEPTEMBER 9, ARMENPRESS. A Syrian 12-year-old girl from Aleppo has expressed her gratitude to the Armenian humanitarian mission by gifting a medic from the team a congratulations card. The child even painted herself with the nurse and wrote a few good wishes.

According to the humanitarian team’s spokesperson Nazeli Elbakyan, the Syrian child wrote on the card that after seeing the caring Armenian medic she has decided to become a doctor herself.

Doctor Satenik Minasyan, the medic from the Armenian Center for Huamnitarian De-Mining and Expertise, has been treating 12-year-old Ruan Jsri for a while now and she says the girl has improved and will soon recover completely.

“Armenian doctors on a humanitarian mission in Syria have already treated hundreds of children,” Elbakyan said.