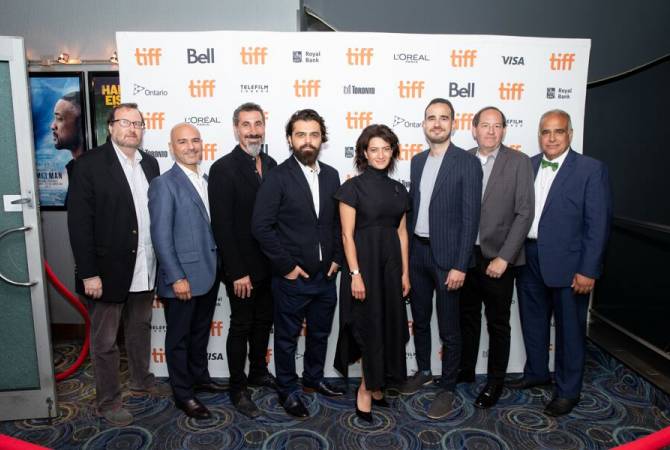 
YEREVAN, SEPTEMBER 9, ARMENPRESS. The world premiere of I Am Not Alone documentary about the 2018 Armenian Velvet Revolution was held on September 7 on the sidelines of the Toronto International Film Festival (TIFF).

Anna Hakobyan, spouse of the Armenian Prime Minister, chairwoman of the Board of Trustees of My Step and City of Smile charitable foundations, attended the premiere, her Office told Armenpress.

Director Garin Hovannisian thanked Anna Hakobyan and her family for the fairytale they gave it to them. “I want you to go and take this news to Armenia that the revolution is a good achievement, that we will continue it and will present it to the world”, Hovannisian said.

In her turn the Armenian PM’s wife also shared her impressions after watching the film. “What our people have done deserves to be presented to the world. I am confident this film will do that perfectly”, Anna Hakobyan said, adding that the miracle of the Velvet Revolution also became possible thanks to the great and decisive participation of the Armenian women.

Serj Tankian also highlighted the importance of the film. “This film is unique because it contains the secret key to bring a progressive change via a decentralized civil disobedience in any part of the world”, he said.

The second screening of the movie was held on September 9, another one is expected on September 15 in the same Scotiabank movie theater.