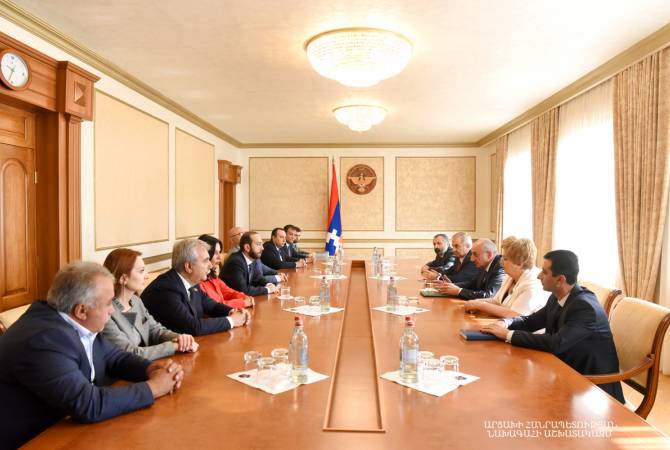 
STEPANAKERT, SEPTEMBER 2, ARMENPRESS. President of Artsakh Bako Sahakyan on September 2 received Speaker of Parliament of Armenia Ararat Mirzoyan who arrived in Artsakh to take part in the celebrations dedicated to the 28th anniversary of independence, the Presidential Office told Armenpress.

During the meeting the officials discussed various issues relating to the mutual cooperation between the parliaments of the two Armenian states.

The meeting was also attended by Speaker of Parliament of Artsakh Ashot Ghulyan and other officials.