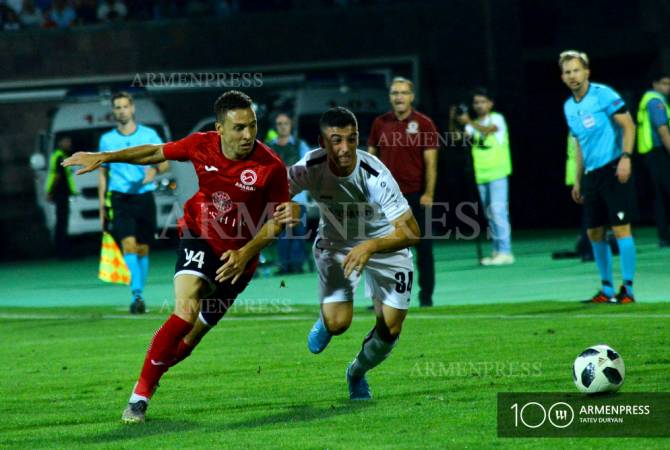 
YEREVAN, AUGUST 22, ARMENPRESS. Ararat-Armenia club hosted champion of Luxembourg F91 Dudelange in the sidelines of the Europa League Play-off round and won 2-1.

In the 2nd half the guests managed to reply. Danel Sinani scored the goal in the 68th minute. Ararat-Armenia managed to snatch victory on the 3rd minute of the added time. Estonian footballer Ilja Antonov scored the victorious goal.

The second match between the teams will take place on August 29 in Luxembourg. The winner will continue the championship in the group stage.