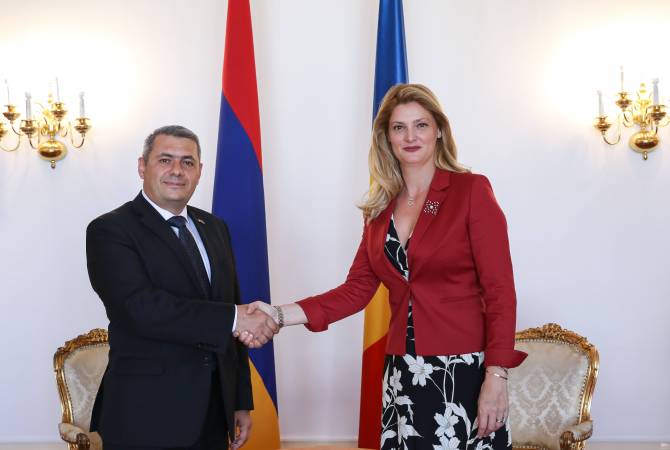 The sides discussed prospects of expanding bilateral cooperation between Armenia and Romania “based on the centuries-old friendship between the two peoples”.

FM Ramona Nicole Mănescu reassured that Romania supports the efforts of the OSCE Minsk Group Co-Chairmanship aimed at a peaceful and lasting resolution of the NK conflict based on pricnipes of international law.

A number of issues concerning bilateral relations were discussed, with both parties highlighting the need to strengthen inter-parliamentary ties, boost bilateral trade, develop cooperation in culture and education and activate contacts in security sector. Both sides also attached importance to the Armenian community’s role in Romania which is actively involved in strengthening bilateral relations and preservation of Armenian identity.

The ambassador thanked the Romanian people and government for the caring attitude towards the Romanian-Armenian community and the Armenian cultural-historical legacy in Romania.