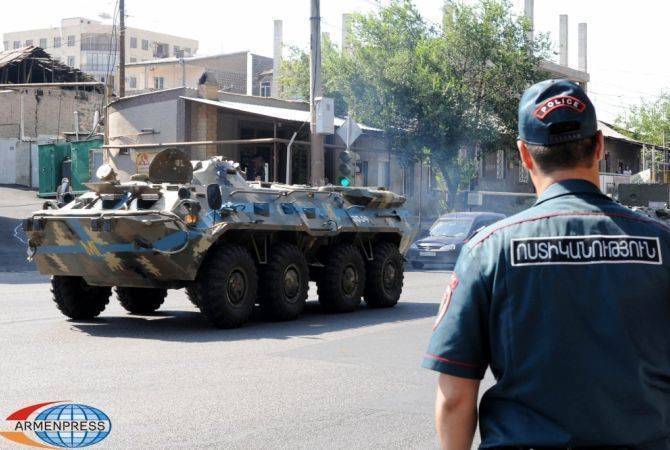 
YEREVAN, AUGUST 21, ARMENPRESS. A Yerevan court denied to release a jailed gunman who was among the perpetrators of the 2016 police station ambush in the Armenian capital.

Smbat Barseghyan, one of the two suspects who are jailed amid the ongoing trial, was denied to be released on bail. The other jailed suspect is Armen Bilyan. Both are charged with gunning down the 3 police officers during the events which became known as the 2016 Yerevan hostage crisis.

In the summer of 2016, a group of 10 men identifying themselves as Sasna Tsrer (Daredevils of Sassoun) stormed a police station and took hostages, demanding the resignation of the then-government and the release of political prisoners.

The group subsequently surrendered and the court proceedings are underway since then. 8 suspects have been later released on bail amid the trial.

The Sasna Tsrer group went on to transform into a political party and unsuccessfully ran for parliament in 2018.