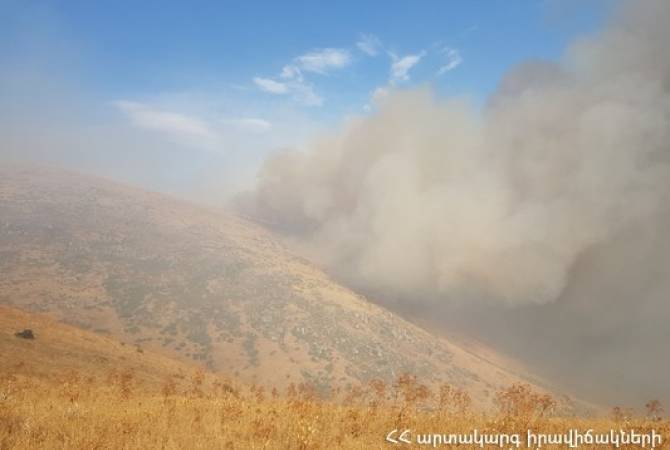 
YEREVAN, AUGUST 21, ARMENPRESS. Firefighters in Armenia’s Kotayk Province have managed to contain a wildfire in the foothills of Mount Ara.

The Ministry of Emergency Situations reported that firefighters were dispatched to the scene at 09:16, August 20 and the fire was contained at 02:15, August 21. Nearly 100 firefighters are combating the fire, and numerous local residents have joined the operation.

The fire has even spread into the adjacent Aragatsotn Province. As of 02:15, August 21 nearly 1300 ha of grass area is burning in the Kotayk province, and 500 ha of land from the side of Aragatsotn.