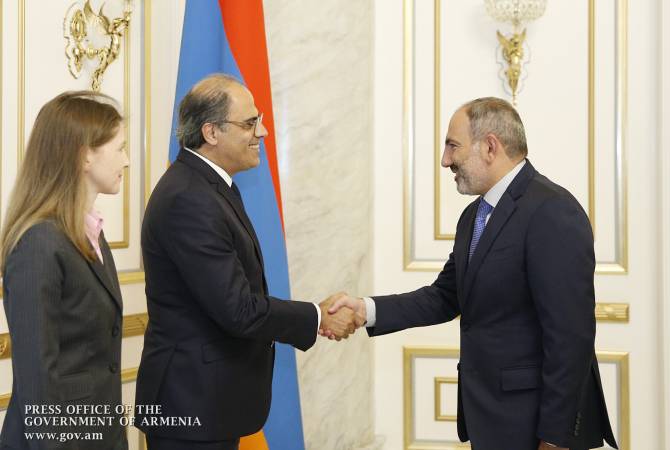 The PM noted that there is an effective cooperation between Armenia and the IMF and the Government is interested in its development. According to Nikol Pashinyan, Armenia has ambitious development agenda in various spheres and highlighted the role of international partners, including the IMF, for implementing the goals.

Speaking about the priorities of the economy of Armenia, the PM said that their goal is establishing export-oriented and technology-based economy.

The Armenian PM and the IMF official exchanged views on long-term development strategies.