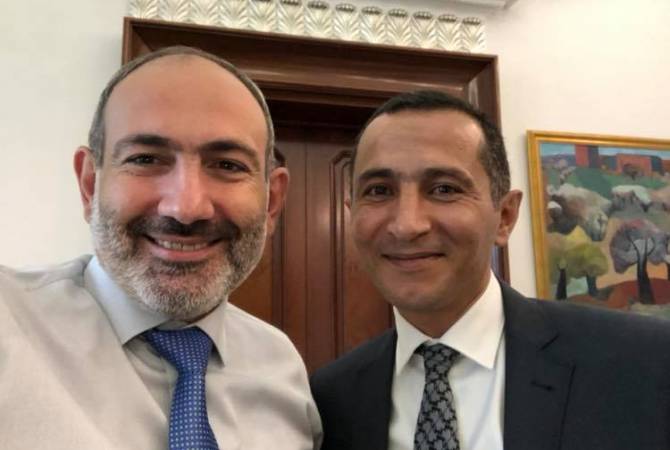 
YEREVAN, AUGUST 20, ARMENPRESS. Prime Minister Nikol Pashinyan has appointed an entrepreneur he met during a visit to a small village in the Gegharkunik Province to serve as his advisor.

While on a summer vacation in late July, the PM met archaeologist Robert Ghukasyan in the small village of Kalavan. Ghukasyan is running a highly successful eco-tourism center in the village and the PM was so impressed that he decided to offer the man a job as his advisor with the mission to “spread Kalavan’s experience to other villages”.

“As we had agreed, Robert Ghukasyan of Kalavan is being appointed Advisor to the Prime Minister. I wish you productive work,” Pashinyan said on Facebook and posted a photo with Ghukasyan.