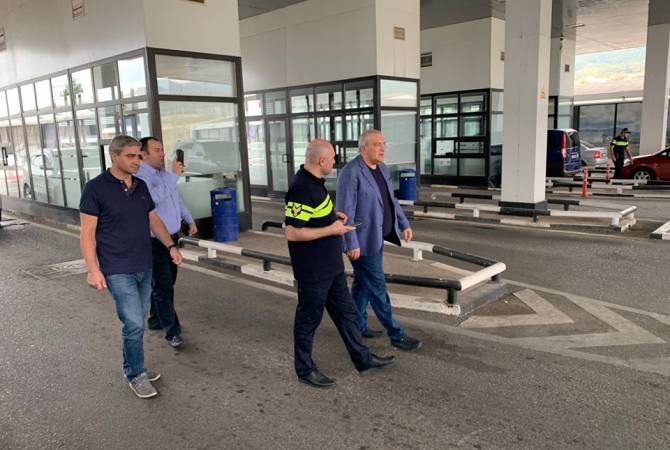 ''Meet the Ambassador of Armenia to Georgia.

I really envy this Ambassador who does not sleep days and nights, carries out his mission. Anywhere that any problem emerges, he goes to that place immediately and solves it.

In reality, this is how an official should be.

You can say that I am a traitor and other blood flows instead of mine 9Azerbaijani), or some other similar content, but this is the reality and truth'', she wrote.

Samira Bayramova is from Marneuli region of Georgia. 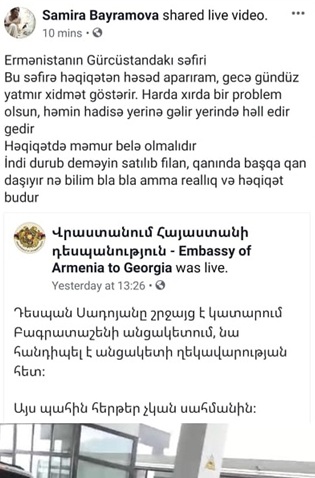