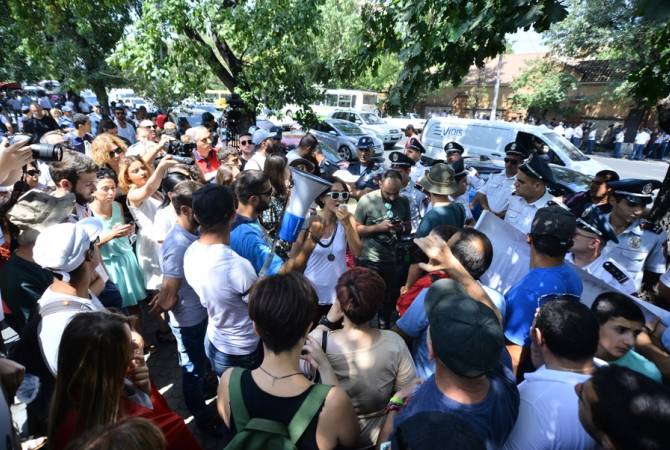 
YEREVAN, AUGUST 19, ARMENPRESS. Environmentalist Anna Shahnazaryan has left the ongoing debate about the Amulsar gold mine that is underway between Prime Minister Nikol Pashinyan and activists. She told reporters outside the Presidential Office that she left during Pashinyan’s speech.

According to Shahnazaryan, the PM emphasized that although numerous flaws have been mentioned in the ELARD audit regarding the impact assessment made by Lydian, it still doesn’t give a legal basis for demanding a new audit.

Lydian Armenia was granted permit to operate the Amulsar gold mine project back in 2014 by the former government. Around 80% of the mine’s operation works were carried out in 2018, but after the Pashinyan government took office the issue was once again under the spotlight of authorities, environmentalists and experts. Concerns raised in terms of environmental hazards led to a criminal investigation into the alleged wrongdoings.

ELARD, a foreign company, conducted an environmental audit, ruling risks to be manageable and minimal.