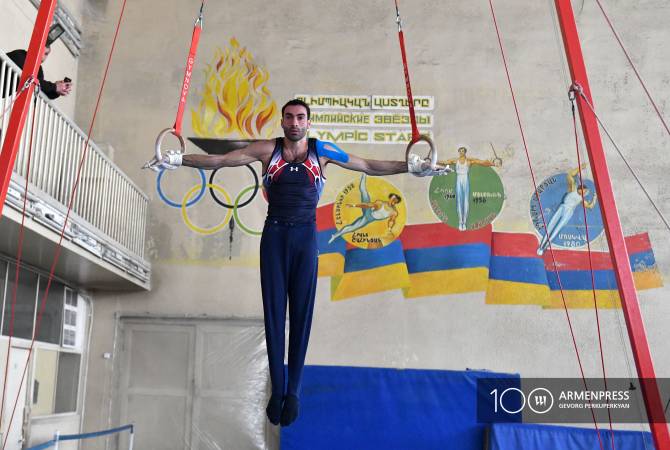 
YEREVAN, AUGUST 19, ARMENPRESS. Armenian gymnast Vahagn Davtyan, a silver medalist of the European Games, has won gold at the Open Israeli Championship 2019 in Tel Aviv. The member of the Armenian National Gymnastics Team became champion in the rings tournament.