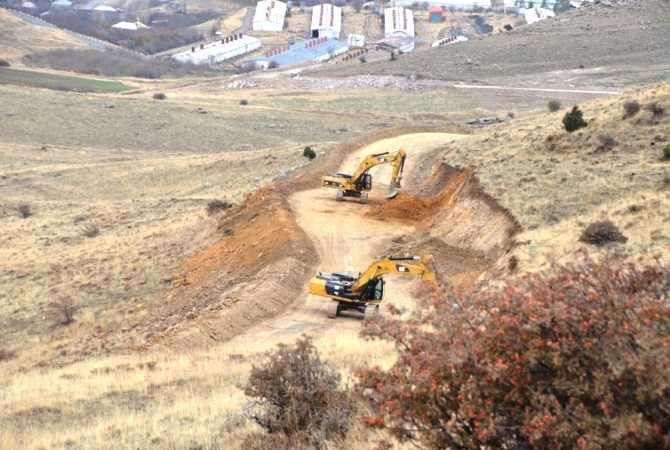 
YEREVAN, AUGUST 17, ARMENPRESS. Geologist Gurgen Malkhasyan says the operation of Amulsar gold mine is important in terms of economic development, and he views Lydian Armenia – the mine’s operator – to be an exemplary mining company.

In an interview with ARMENPRESS Malkhasyan said that all problems which are raised in connection with Amulsar mine are absolutely fake.

Malkhasyan emphasized that Lydian Armenia’s approaches in terms of the mine’s operation are in conformity with international standards.

“The Sevan basin and Jermuk are talked about, and I can say that there are many other serious problems there which are dangerous and are being ignored,” he said, pointing out the Zod mine, a significant portion of the Arpa-Sevan tunnel where acid drainage is appearing.

“The Amulsar mine is technically equipped in a way that not a single drop with go to Arpa-Sevan,” the geologist said.

He also attached importance to the workplaces that the mine creates for the population of Gorayk, Jermuk, Gndevaz and Saravand.

On August 14th, Armenian authorities announced that after they received the conclusion of an international audit regarding Amulsar there are no grounds to continue the criminal investigation regarding the mine.