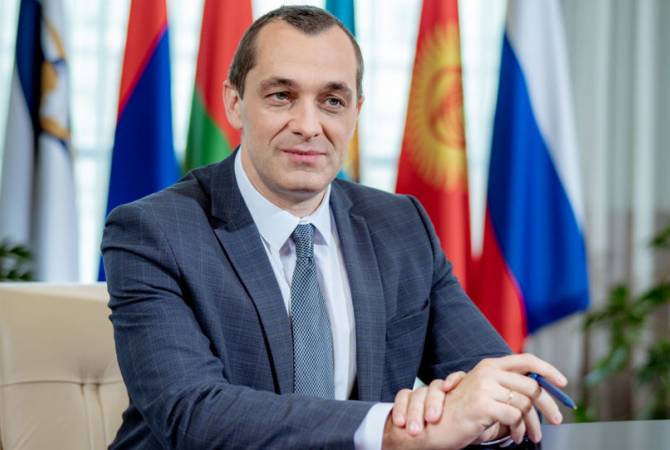 
YEREVAN, AUGUST 16, ARMENPRESS. Eurasian Economic Commission Minister for Industry and Agro-Industry Complex Alexander Subotin says he views Iran as the gateway leading to the Middle East, through which it will be possible to ship EEU production to the area.

“The Iranian market is overall very promising for us, it is very interesting for the Union’s members,” the minister said during a discussion on the agreement aimed at creating the Eurasian Economic Union (EEU) – Iran Free Trade Zone.

“First of all it is interesting with its volumes, and Iran can also be viewed as the gateway to the Middle East for taking our products there”.

EEU and Iran signed the FEZ deal in May 2018 and all member states of the Union have ratified it.