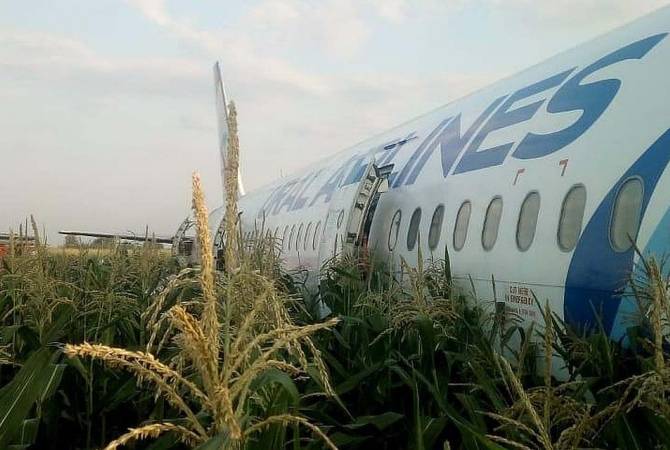 There were 226 passengers and crew members aboard the aircraft.

No fatalities were reported.

"Shortly after takeoff, the aircraft struck a flock of gulls, some of the birds were sucked into its engines… The emergency landing took place on a cornfield less than one kilometer away from the airport’s runway," a federal aviation agency official told TASS.

A probe has been launched into the accident, Spokesperson for the Moscow Inter-Regional Transport Prosecutor’s Office Yekaterina Korotkova told TASS.