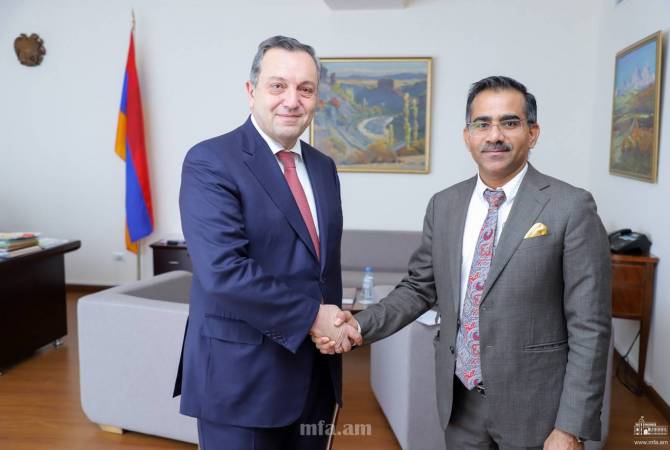 As ARMENPRESS was informed from the press service of the Foreign Ministry of Armenia, congratulating the Ambassador on the appointment, Avet Adonts wished him success in his mission and expressed confidence that the Ambassador will have his important contribution in the further deepening of the friendly relations between Armenia and India.

Thanking for the reception and good wishes, the Indian Ambassador emphasized that his country is greatly interested in deepening relations with Armenia and development of cooperation in the spheres of politics, economy and culture and assured that during his tenure he will spare no efforts for  reaching that goal.

The interlocutors also exchanged views on a number of international and regional issues.