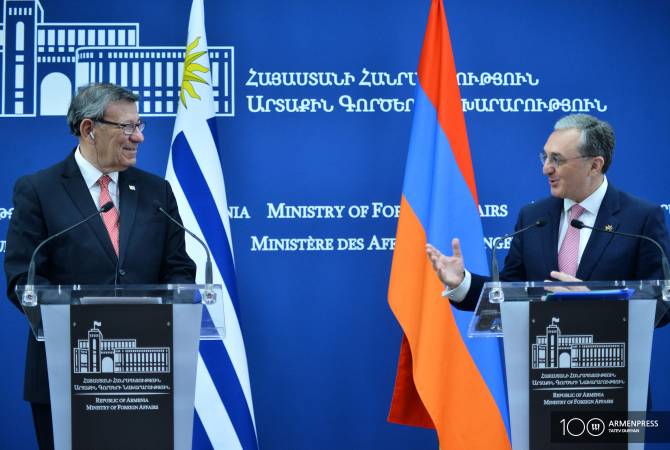 Mnatsakanyan said the Consulate General with be inaugurated during this week.

“We met with the minister last year in New York, he told me that there is an intention to open this diplomatic point in Yerevan, and it didn’t take long, and during this week we will have a new diplomatic point in Armenia from the side of our friend Uruguay,” the Armenian FM said.

In turn, Foreign Minister Rodolfo Nin Novoa said the opening of the consulate will testify the perfect relations between Armenia and Uruguay.