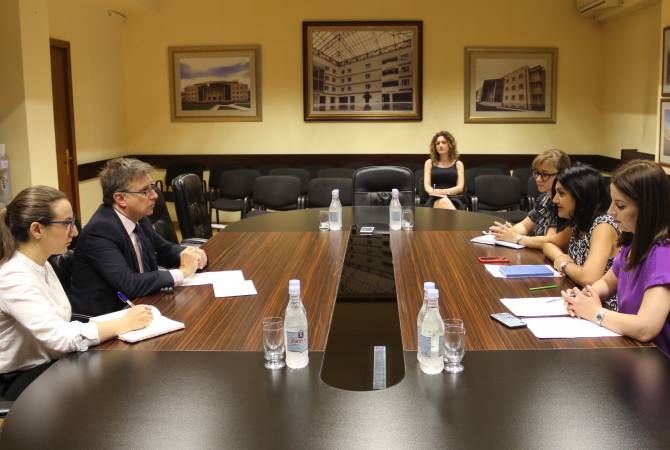 Nanushyan and Rosenbrock discussed the existing directions of cooperation in the healthcare sector and future actions, according to a news release issued by the healthcare ministry.

One of the issues mentioned in the memorandum of cooperation signed between the countries in 2002 is tobacco control.

Nanushyan said that Armenia has studied Uruguay’s experience in combating smoking and based on this Armenia is developing a new policy. Given Uruguay’s result in this sector Nanushyan expressed hope that it will be a success in Armenia also.

Rosenbrock noted that the President of Uruguay, being an oncologist by profession, very accurately assessed the risk factors of cancer, and by displaying political will implemented productive anti-tobacco actions aimed at preservation of the population’s health.

The Consul General noted that the 2002 memorandum hasn’t yet been completely realized and that joint work is necessary especially for controlling tobacco.

“Witnessing the growing cancer rates, and attaching importance to preserving the population’s health, we want to use the experience of other countries, as an example, that we too can make changes which will impact the country,” Nanushyan said.

The sides also expressed willingness to enhance cooperation in other issues also, for example colon cancer screening and prevention etc.