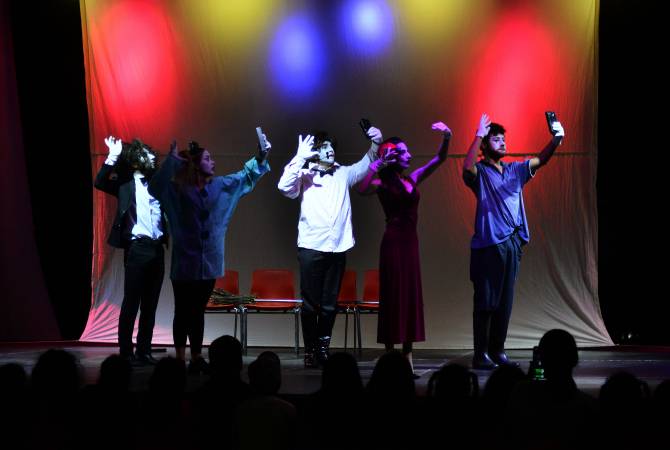 
YEREVAN, AUGUST 12, ARMENPRESS. The 7th Leonid Yengibaryan International Mime Festival has kicked off in the Armenian resort town of Tsakhkadzor in Kotayk Province.

Artists from Russia, Iran, Argentina, France, Japan, Poland and Armenia are participating in the festival this year.

“Theater groups from different parts of the world bring their performances here. With this, a new culture is being developed, where we interact with theaters of this genre from different countries,” Minister of Education, Science, Culture and Sports Arayik Harutyunyan said, attaching importance to the organization of the festival.

He said that more than 20 theater groups from different countries have submitted bids for this year’s festival, and they chose 6 of them.

“The audience which is gathered here doesn’t have to be a theater fan,  but it has the chance to become one, by watching the performances. At least that’s what we want to promote,” Dadasyan said.