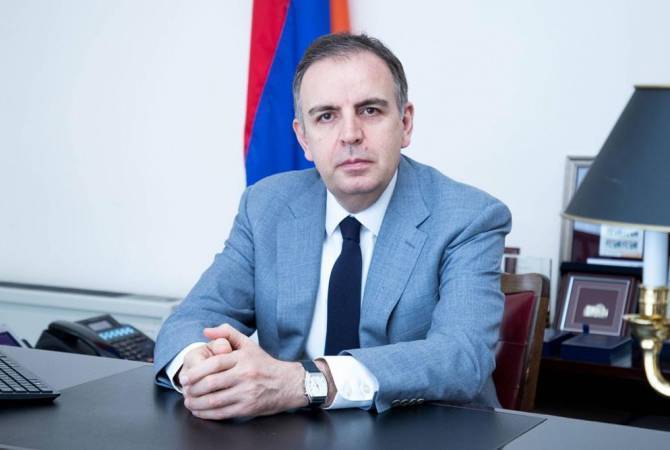 Garen Nazarian was appointed Ambassador of Armenia to the Holy See by the degree of the President of Republic Armen Sarkissian on December 28, 2018. and credentialed by Pope Francis on March 9, 2018.

Ambassador Nazarian was Deputy Foreign Minister of the Republic of Armenia from (2014-2018). He was the Chief Armenian Negotiator for the Comprehensive and Enhanced Partnership Agreement with the European Union (2015-2017) and co-chaired the Global Forum against the Crime of Genocide held in Yerevan in 2015 and 2016.

In 2009, Mr. Garen Nazarian was appointed Permanent Representative of the Republic of Armenia to the United Nations in New York