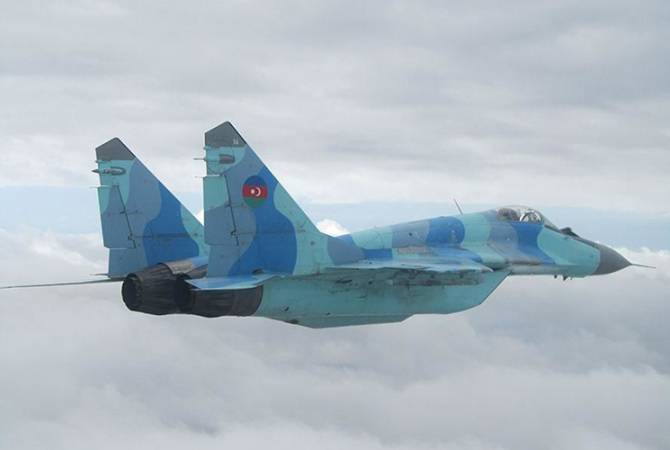 
YEREVAN, AUGUST 9, ARMENPRESS. More than two weeks after an Azerbaijani Air Force MIG 29 crashed into the Caspian Sea during a training flight, local authorities have recovered parts of the wreckage from the sea, Azertac news agency reported.

According to the report the recovery team included experts from Turkey.

The fate of the pilot remains unknown.

The MIG 29 of the Azerbaijani military disappeared from radar screens around 22:00, July 24 while conducting a training flight over the Caspian Sea.