Swiss-Armenian businessman interested in development of mechanical automation in Armenia 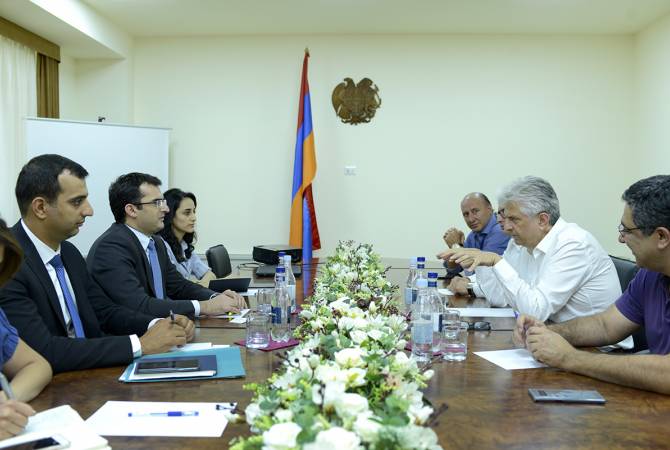 The Swiss-Armenian businessman thanked for the reception and stated that he is aware of Armenia’s progress in the field of high technologies, the potential of the Armenian specialists, about high qualities, expressing a wish to launch a program in Armenia which will develop the direction of mechanical automation in line with the technological sector. He stated that he wants to import latest machine tools to Armenia contributing to the development of production in the country.

Minister Hakob Arshakyan said this proposal is very important for Armenia’s development and progress and expressed readiness to assist the program implementation.

The minister said back in the Soviet years Armenia had a very developed industrial system, highly-qualified mechanical engineers, and now as well there are projects, and this proposal will certainly help to move on and develop on this path.

An agreement was reached to organize a meeting soon with the specialists who are going to work on this project.