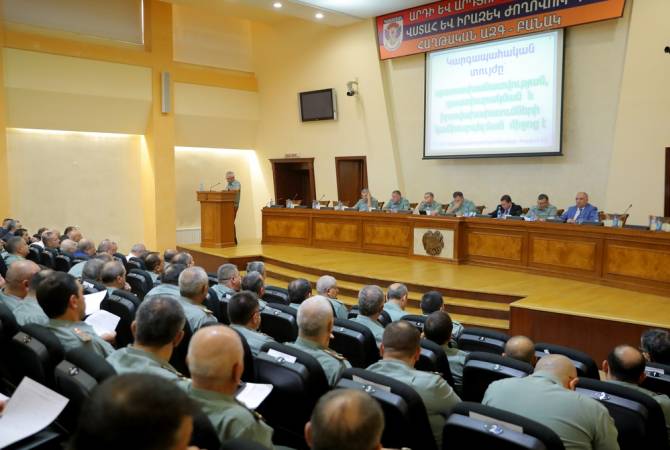 The session was dedicated to the management of troops, combat preparedness, military discipline in the first study stage of the 2019 academic year, as well as the existing problems and their solutions ways.

During the session Chief of the General Staff of the Armenian Armed Forces, Lieutenant-General Artak Davtyan delivered a report.

Introducing the key events and achievements in the reported period, Artak Davtyan said the efforts aimed at strengthening the combat readiness of troops enabled to improve the combat-professional capacities of the military staff in the process of countering the provocative actions of the adversary.

Summing up the session, Artak Davtyan gave several instructions for the organization of upcoming works.