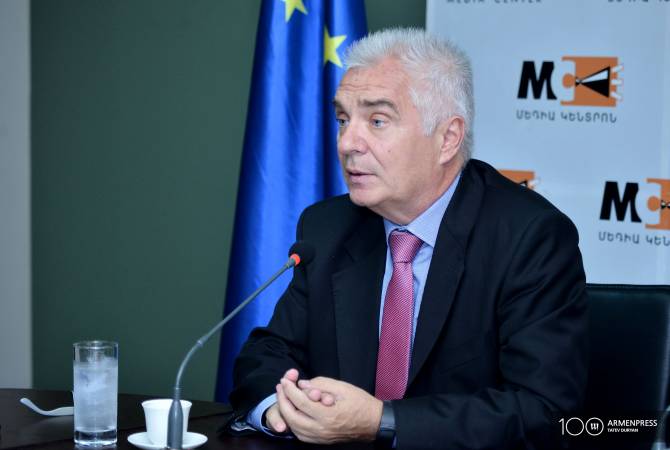 
YEREVAN, JULY 22, ARMENPRESS. The European Union believes that there is no military solution to the Nagorno Karabakh conflict. The EU’s position on the settlement of the conflict is the same, Ambassador Piotr Świtalski, Head of the EU Delegation to Armenia, told reporters today.

“Let me reaffirm that the EU’s position on Nagorno Karabakh conflict settlement remains the same. And this is the position that is based on several fundamental principles. First of all, we believe that there is no military solution to this conflict, it can be settled only through peaceful means. Secondly, we greatly support the efforts of the Minsk Group”, the EU Ambassador said, assuring that nothing has changed in their position.

Ambassador Piotr Świtalski noted that there is no reason to worry that the EU is changing its stance. He said this position has been expressed with various formulations, but its essence has not changed.