Army is place where citizens learn art of winning – Pashinyan 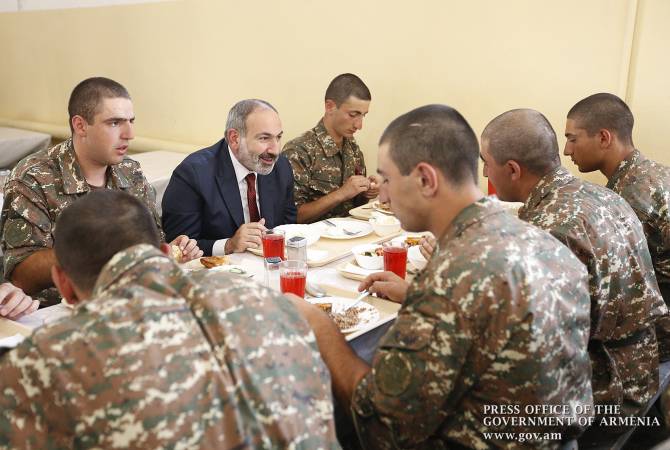 Nikol Pashinyan also talked with the servicemen, noting that military service is one of the most intellectual specializations. “This means that in army our servicemen obtain numerous new knowledge and skills which can accompany you during your whole life, irrespective of the fact if you will continue military service or no”, Pashinyan said.

Nikol Pashinyan wished the servicemen success in their service, noting that service to motherland is not limited by the two years’ service in army.