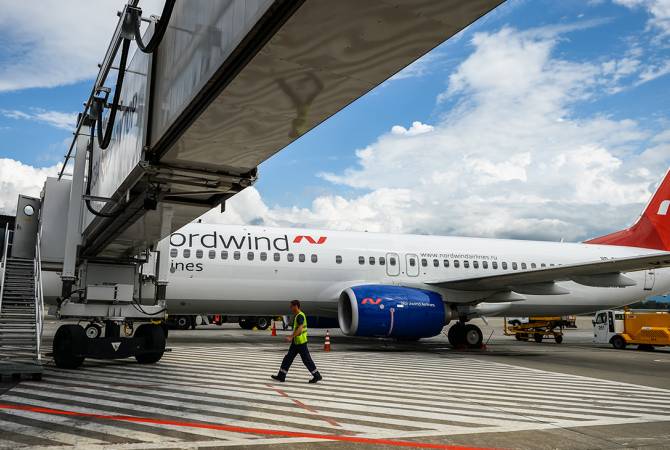 Eight passengers were injured during evacuation, ordered when smoke filled the cabin of a plane at Moscow’s Sheremetyevo airport, a spokesperson for the Moscow Region’s emergencies service told TASS.

"Eight people were injured while evacuating with the help of inflatable slides," the source said, adding that two of them were hospitalized.

Another emergencies source told TASS that none of the injured was diagnosed with serious wounds.

"While the Boeing-747 en route to Yerevan was taxiing to the runway, the crew signaled about smoke in the cabin," the Moscow region emergencies service said.

Pilots cancelled the takeoff, passengers were evacuated and taken to the airport.