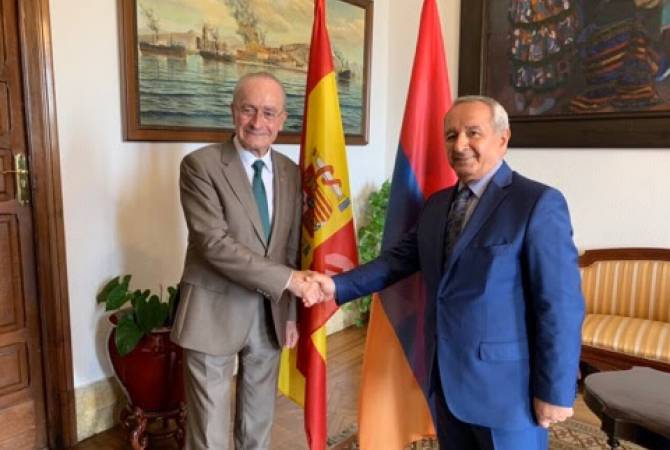 During the visit the Armenian Ambassador met with the city authorities, the representatives of education and science field and the Armenian community.

The Armenian Ambassador and Mayor of Málaga Francisco de la Torre Prados discussed the possibility to establish sister ties between Málaga and any Armenian city, as well as the development prospects of economic, educational, scientific and sports ties between Armenia and the Spanish city.