NSS Director arrives in Ijevan to participate in consultation 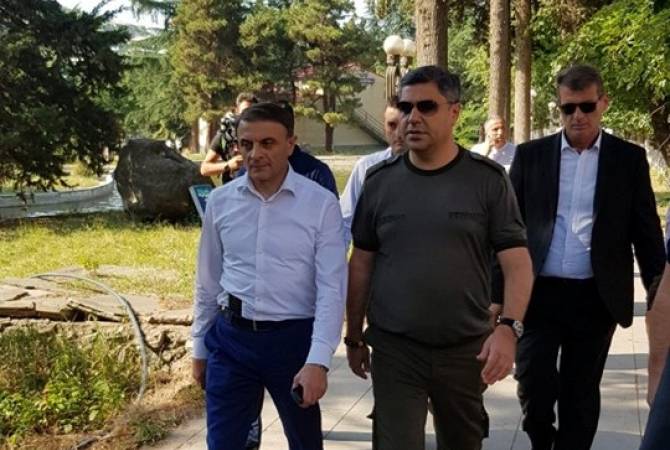 
YEREVAN, JULY 18, ARMENPRESS. Director of the National Security Service of Armenia Artur Vanetsyan assesses the use of force against policemen on July 17 by some citizens of Ijevan as inadmissible.

''Any situation when force is used against the Police or the law enforcement representatives in general and do not obey the legitimate demands of the Police is inadmissible. Besides, the situation is really concerning and is the 1st similar case following May 2018 and everything should be done to protect the interests of our citizens on the one hand and to ensure the unconditional implementation of the law on the other hand. This is the main goal of my visit'', ARMENPRESS reports Vanetsyan as saying in Ijevan on July 18.

He added that he will visit Tavush governorate to participate in a consultation.

''We will decide our future activities and I think that today we will reach a final solution to that issue and we will return to our normal, natural life'', Vanetsyan said.

13 people have been arrested in suspicion of conducing hooliganism, signature on not leaving has been chosen as a precautionary measure against 6 people following yesterday’s clashes in Armenia’s Ijevan town.

On July 17, a group of people blocked the Yerevanyan-Ijevanyan intersection in Ijevan town protesting against the toughening of fight against illegal logging. During that period, a group of people, deliberately violating the public order, showed a disrespectful attitude towards the Ijevan residents, insulted them and acted violently. In particular, they injured several police officers with the use of stones.

Criminal case has been launched.