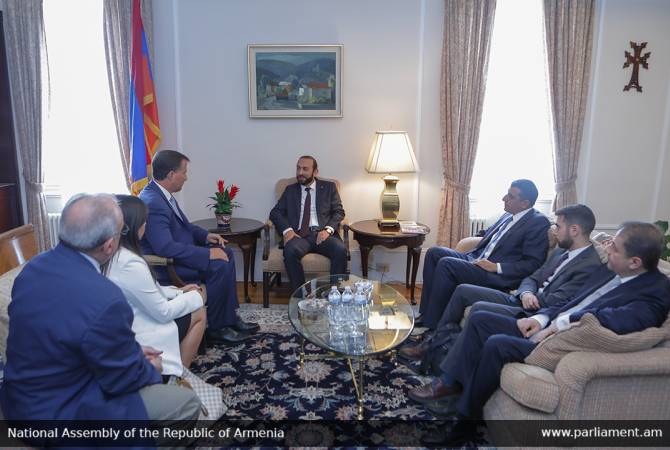 
YEREVAN, JULY 18, ARMENPRESS. Speaker of Parliament of Armenia Ararat Mirzoyan had meetings with the representatives of the Armenian National Committee of America (ANCA) and the Armenian Assembly of America in Washington D.C. on the sidelines of his working visit, the Parliament told Armenpress.

During the meetings Ararat Mirzoyan highlighted the role of the two organizations in the Armenian-American relations and presented to his counterparts the agenda of the reforms going on in Armenia.

A number of programs aimed at the development of the Armenian-American relations, and in their implementation the National Committee of America and the Armenian Assembly of America can have their contribution were discussed.