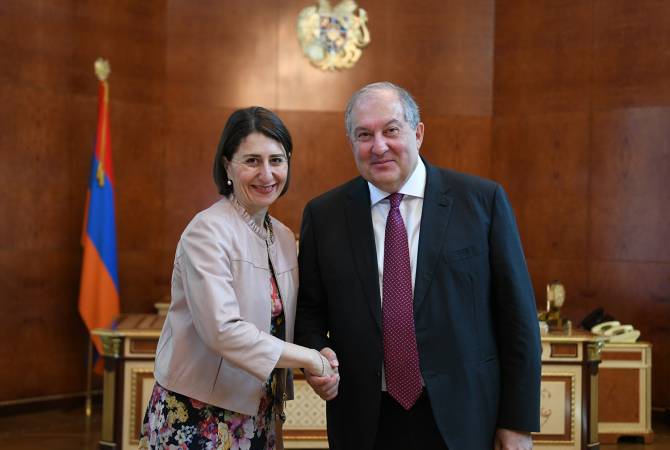 President Sarkissian welcomed Gladys Berejiklian’s visit to the homeland and highly valued her activity for the sake of the recognition of the Armenian Genocide and Artsakh’s right to self-determination.

The Parliament of New South Wales adopted a resolution condemning and recognizing the Armenian Genocide back in 1997.

In her turn the NSW Premier said being the granddaughter of an Armenian Genocide survivor and visiting Armenia she is proud of her Armenian origin and roots. She expressed hope that she will see Armenia more developed during every next visit.

The meeting participants exchanged views on the cooperation development prospects between Armenia and New South Wales, as well as touched upon the Australian-Armenian community and its great role.