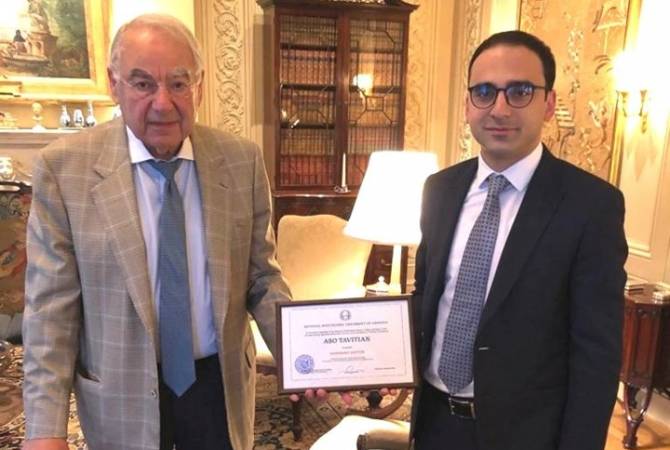 “At the request of the meeting participants I thoroughly introduced Armenia’s economic reform agenda, development vision, the government’s priorities and existing challenges. Taking into account the great contribution of the Tavitian Foundation and especially Aso Tavitian in educating future’s leaders for Armenia, as well as the latter’s achievements in the IT sector, I handed over the certificate of the Honorary Doctor of the National Polytechnic University of Armenia to Mr. Tavitian made by the decision of the NPUA Scientific Council”, Avinyan said.