For Armenian PM establishment of democracy is the greatest achievement 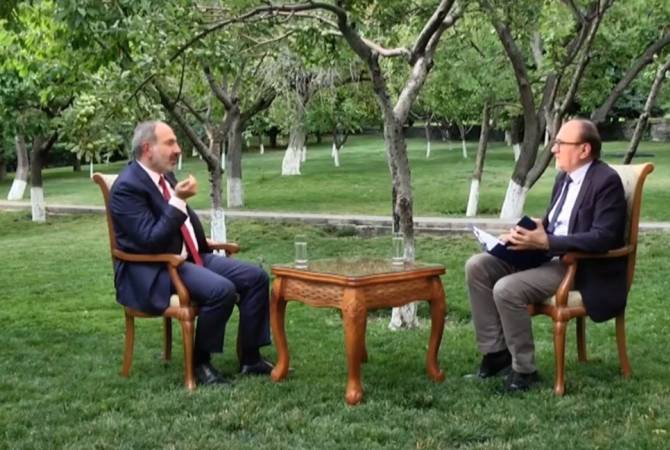 
YEREVAN, JULY 17, ARMENPRESS. According to Prime Minister of Armenia Nikol Pashinyan establishment of democracy is the greatest achievement of the 14 months of his leadership, ARMENPRESS reports PM Pashinyan said in an interview with head of Armenian service of Radio Free Europe/Radio Liberty (RFE/RL) Hrayr Tamrazian.

He reminded that no political force of Armenia questioned the results of the parliamentary elections of 2018.

“This is an exclusive case in the history of the 3rd Republic of Armenia. I will consider it as the key achievement”, Pashinyan said.

He added that on May 8 he gave a press conference, presenting 100 facts on new Armenia, economic and anti-corruption achievements.

Among the achievements Nikol Pashinyan also mentioned anti-corruption struggle, rule of law, elimination of monopolies and finally, the self-consciousness of citizens, who now understand that it’s them who decide who will lead the country. “It’s important that not only the ruling force but also opposition forces won during the elections of local self-government bodies”, Pashinyan said, adding that they congratulated the winners and respected the decision of the people.