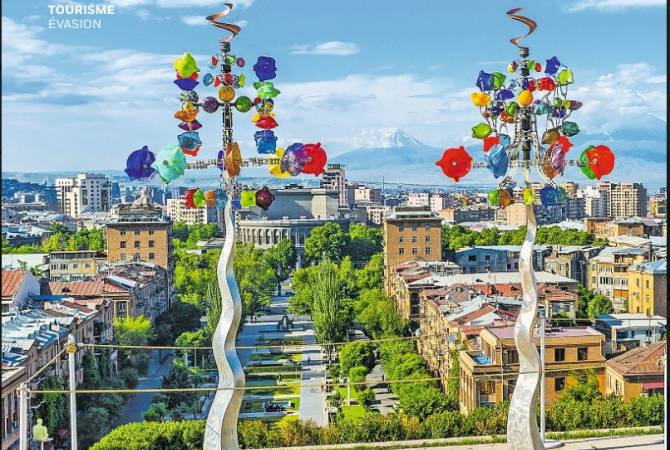 
YEREVAN, JULY 17, ARMENPRESS. For thousands of Swiss people Armenia has been presented as an attractive tourism destination during June-July via a leading Swiss print and online media, with the diversity of its national dishes, numerous types of wine, millennia-old history and culture, as well as with a dynamically developing and modern capital.

The ministry of economy informs that the materials were prepared in May during the cognitive visit of Swiss travelling journalists to Armenia at the initiative of Armenia’s trade representative to Switzerland Hayk Hovhannisyan and the State Tourism Committee.

16 representatives of the Association of Travelling Journalists toured the beautiful sites in Yerevan and Armenia’s provinces, collecting interesting news, human stories and making videos. The spread of these materials for the Swiss audience aims at raising Armenia’s tourism attractiveness and boost the growth of the number of Swiss tourists.

The targeted audience of the collected materials is not limited to Switzerland only. The French materials prepared by Swiss journalists can also be used for the Francophonie audiences, especially taking into account Armenia’s role in the La Francophonie world after the 2018 La Francophonie summit held in Yerevan.

During the visit more than 15 thematic articles on Armenia have been published in the website of the Association of Swiss Tourism Journalists (www.presstourism.ch).