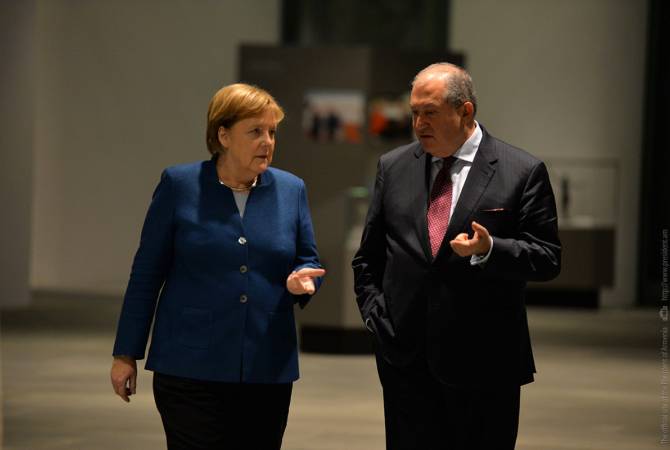 “You play a great role in world politics. Under your tenure Germany further strengthened its place both in the European Union and the whole world. It’s impossible to ignore your dedication to science, education and new technologies, the vivid evidence of which are the numerous appreciations you received by the world’s leading universities.

Your great contribution to the development of the Armenian-German relations cannot be denied. In recent years thanks to your consistent efforts, the cooperation of our countries has become more active and comprehensive.

I believe that we will have an opportunity to meet in the future as well to discuss issues of bilateral interest, continuing to contribute to the development of science, new technologies of countries and quantum physics familiar to us”, reads the Armenian President’s congratulatory letter.