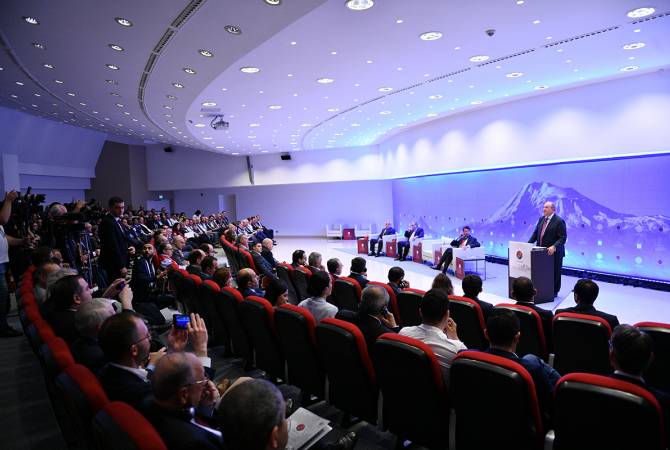 
YEREVAN, JULY 17, ARMENPRESS. The Armenian Summit of Minds, held for the first time in Armenia’s Dilijan town under the auspices of President Armen Sarkissian, is still under the international media spotlight.

This time the British Kensington Chelsea & Westminster Today published an article dedicated to the Armenian Summit of Minds which took place on June 7-9.

“It is all too apparent that the divide between people and politicians is growing rapidly. Lack of trust, belief and hope in our leaders needs addressing. Communication between people and our integration with the government is in serious decline. We need our countries’ sharpest minds to come forward and address this with urgency. Politicians need to collaborate with people. We are no longer prepared to be the audience to their theatre. We need a Summit of Minds”, the article starts with these words.

KCW reporter, who personally attended the Armenian Summit of Minds, says the Summit was convened by The Summit of Minds co-founder Thierry Malleret and hosted by the country’s recently inaugurated President, Dr Armen Sarkissian. The Summit’s outstanding reputation brings together 300 international prominent thinkers and practitioners creating a think tank of intellectual capital with the mutual purpose to better understand and improve the world. 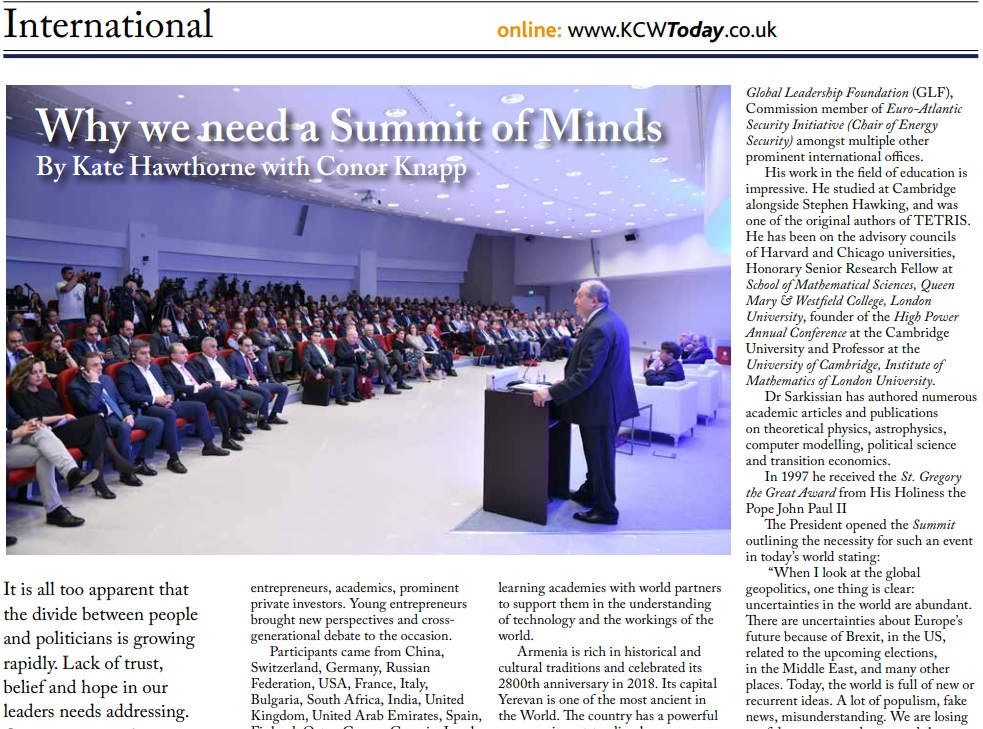 The author of the article says Armenia is rich in historical and cultural traditions. “The country has a powerful resource; its outstanding human intellectual capital. It is in the midst of an economic and societal revolution and is ambitious about its global role in the world, drawing on its traditional strengths of scientific excellence, creativity and intellectual prowess.

President Sarkissian’s background gives an insight into why this important Summit gathered so many of the world’s best thinkers, experts and leaders. There is a Statesmanship about him that is  rare in today’s politics. He is a popular President and has the loyalty and deep admiration of his people, and as one participant said, “In him you have a real human being who is comfortable in his sentiments and cannot be fatigued”, the reporter writes.

The author says the topics at The Armenian Summit ranged from security challenges in the Modern Middle East, energy, monetary and investment policies, quantum behaviour of global risks and policies, artificial intelligence, digital economy, hi-tech and governance, entrepreneurship and innovation, and other contemporary fields of interest. 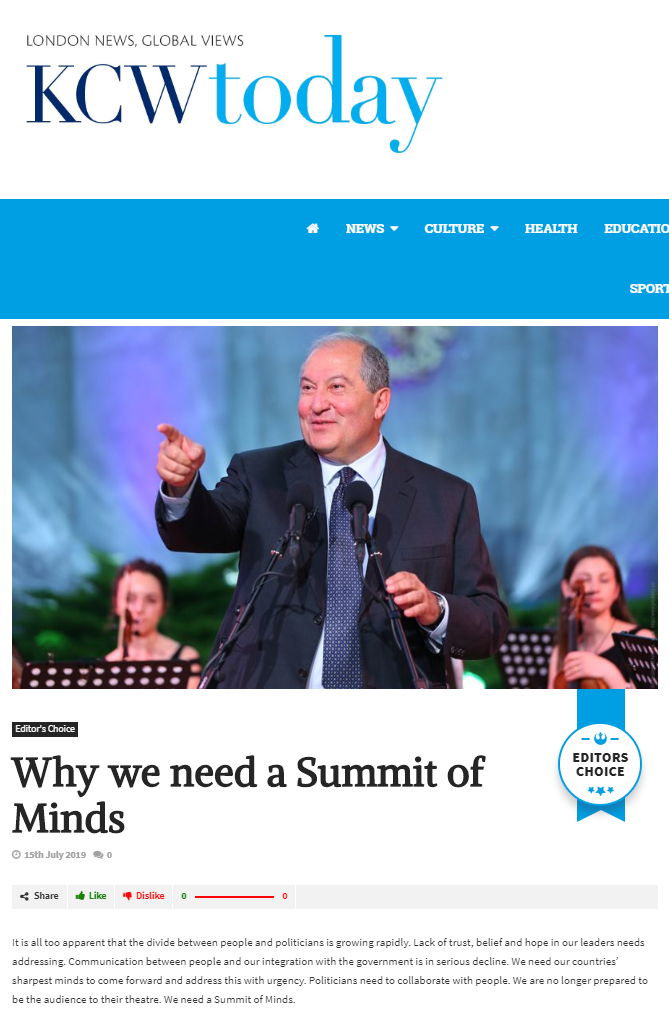 “The Summit was a successful event. The people were extraordinary. Their visions, willingness to work together to heal and build on world politics, environmental, humanitarian, economic and educational issues were impressive and inspiring.

It is time we held a UK Summit of Minds and bring forward our country’s own intellectual capital. The East West influence is rapidly changing the dynamics of world politics. We need to recharge and regain our foothold and respect here, and participate more fully in these vital international changes”, the KCW reporter concludes the article.

The Summit of Minds is typically held in Chamonix, France.