US House to vote on resolution condemning Trump’s “racist comments” 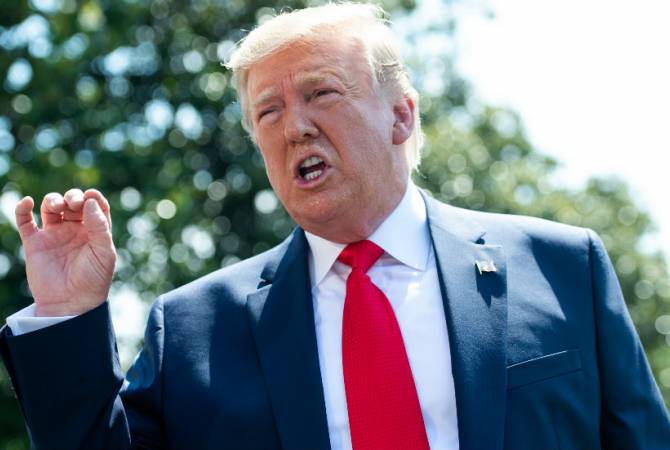 
YEREVAN, JULY 16, ARMENPRESS. The Democrat-led House of Representatives is set to vote Tuesday on a resolution "condemning President Trump's racist comments directed at Members of Congress," in response to a series of tweets Trump issued attacking four lawmakers of color, Voice of America reported.

House Majority Leader Steny Hoyer announced the vote and said he hoped Republicans would "put country before party" and vote in favor of the measure alongside Democrats.

The text of the resolution "strongly condemns President Donald Trump's racist comments that have legitimized and increased fear and hatred of new Americans and people of color by saying that our fellow Americans who are immigrants, and those who may look to the President like immigrants, should 'go back' to other countries, by referring to immigrants and asylum seekers as 'invaders,' and by saying that Members of Congress who are immigrants (or those of our colleagues who are wrongly assumed to be immigrants) do not belong in Congress or in the United States of America."