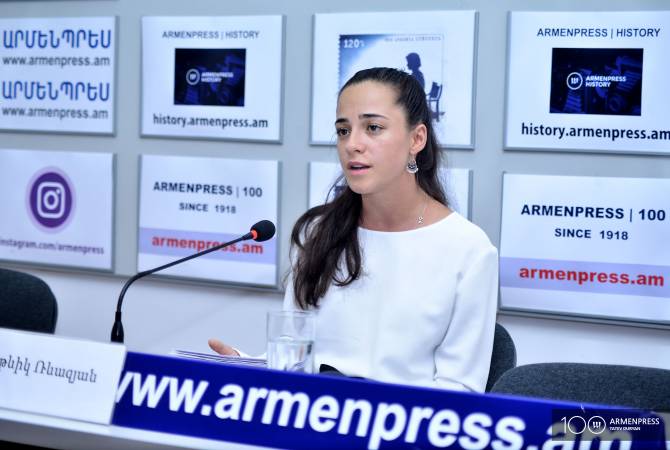 
YEREVAN, JULY 15, ARMENPRESS. Significant steps are being taken to develop small aviation in Armenia, Chairwoman of the Civil Aviation Committee Tatevik Revazyan told a press conference in Armenpress, adding that recently two aircrafts and one air balloon were registered.

“The first steps on developing small aviation are being taken despite the many problems existing in the sector. Now, in cooperation with the private sector, we are trying to understand how and what to do to facilitate the registration process of aircrafts, as well as to educate our staff in order to avoid problems in the future”, she said. She informed that if obstacles emerge out of the civil aviation, they again support the companies because they really want this sector to develop.

“Yes, there are people who not only like this field, but also want to make investments to develop it in our country. And currently we are actively working with them”, she said.

As for the airports located in different parts of Armenia, Revazyan said they are mainly in poor condition.

“Today the Gyumri and Zvartnots airports are in normal condition, but it is possible to land a civilian aircraft in Erebuni airport. The Kapan airport will open this year, this is our information, but the remaining airports are in poor condition. We need investments for the raceway to be on a high level for the safe landing of aircrafts”, Tatevik Revazyan said.