Investigative Committee releases details over current situation in Amulsar mine 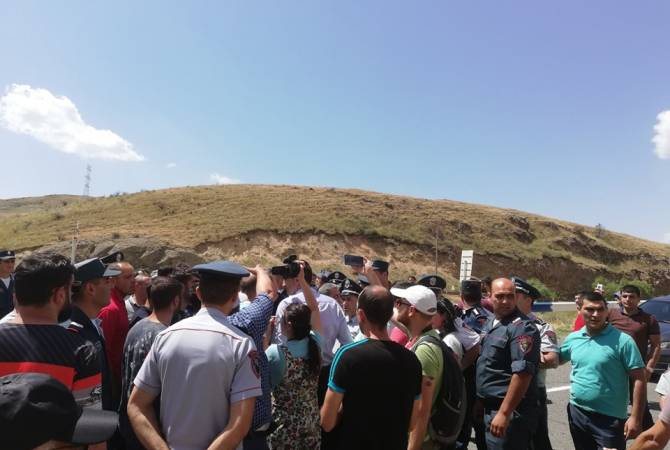 The local people banned the group to enter into the territory of the mine.

“In order to make possible the implementation of the examination, the investigative body applied to the Police to ensure the group’s entry to the territory of the mine”, the Committee said.

Several citizens have been detained by the Police for obstructing the implementation of investigative operations in the territory of Amulsar mine, Deputy head of the PR and media department at the Police Edgar Janoyan told Armenpres.

“Investigative operations should have been carried out in that territory. A group of people hindered conducting such operations as a result of which several citizens have been detained”, he said.

Earlier today environmental activist Shahane Khachatryan announced about a tense situation in the Amulsar mine. She said on Facebook that the Police and the Investigative Committee tried to take experts to the territory of the mine, but the locals banned them which resulted in tense situation. Khachatryan also informed that the Police and the Investigative Committee negotiate with the locals urging to open the road leading to mine.