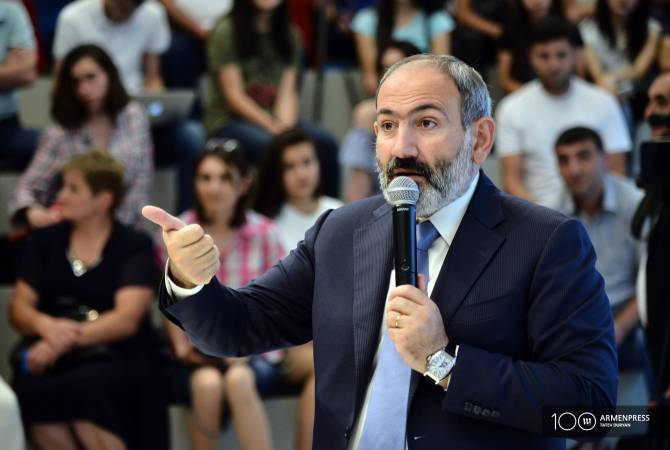 
YEREVAN, JULY 13, ARMENPRESS. The future of Armenia depends on every citizen, Prime Minister Nikol Pashinyan said at the COAF SMART Center in Lori province, answering to the questions of the meeting participants.

One of the participants asked what was the reason that Pashinyan went out to the street to fight.

“I started my political activity in 2007. My main message during my first public political speech was the following: I proposed each citizen to say that Armenia’s future depends on one person, and that one person is me. Therefore, if I proposed this to others, I first of all adopted it for myself. This is not just a word, but a responsibility. While taking any step I tried to analyze it very quickly to understand to what extent that step is in accordance with the formula proposed by me. Look, we are talking a lot about the law, stating that it should be strict, however, our internal law is very important. It’s very important to what extent each of us limits himself/herself as a journalist, editor, political prisoner, lawmaker and prime minister”, the PM said.