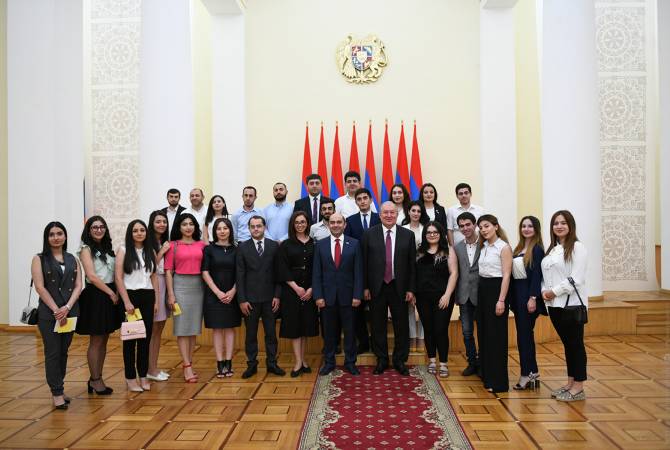 The meeting was also attended by president of the Bright Armenia party, MP Edmon Marukyan.

The Armenian President answered the questions of the students relating to the president’s institute and powers, the role of parliamentary diplomacy, the public administrative system and Armenia’s development prospects.

In response to the questions of the students, Armen Sarkissian said the world is changing. The world of ideas, new technologies comes and this is yet the beginning. “We should clearly know where we are moving on. Even if the path we are in is wrong, we will improve it within the course of time, but we should know where we are moving on. For instance, if I know where the world would be in 10, 20 or 30 years, I can discuss where I want to be in that world, what country I want to have in that world of the future”, he said.