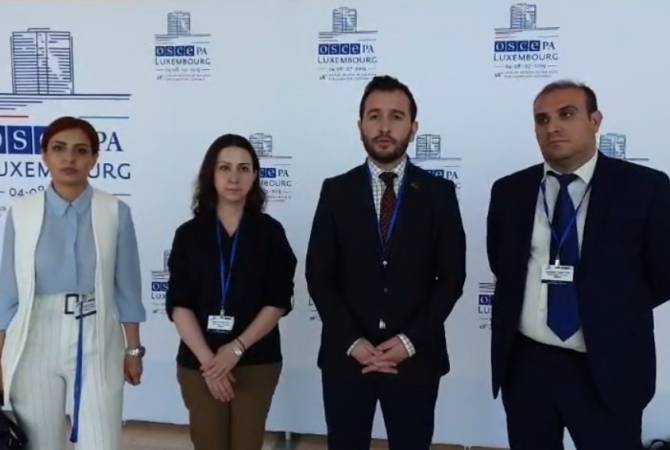 
YEREVAN, JULY 6, ARMENPRESS. OSCE Parliamentary Assembly Political Affairs Committee has adopted a clause proposed by a French delegate, which records that Artsakh issue should be solved exclusively under the format of the Minsk Group Co-chairs based on 3 equivalent principles – non use of force or the threat to use it, territorial integrity and self-determination of nations. The Armenian delegation was able to prevent an anti-Armenian formulation in one of the resolutions, ARMENPRESS reports head of the Armenian Delegation to the OSCE PA Hayk Konjoryan said in a Facebook live broadcast.

He explained that in one of the resolutions there was a formulations saying ''the 7 Azerbaijani regions''. ''And our delegation was able to extract that absurd formulation and it will not be included in the resolution of the OSCE PA', Konjoryan said.