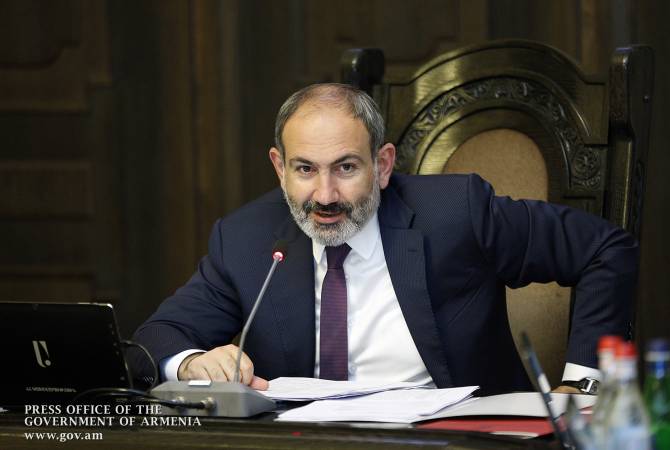 
YEREVAN, JUNE 27, ARMENPRESS. Armenian Prime Minister Nikol Pashinyan thanked his Russian and Georgian counterparts for the implementation of agreements on the normal operation of export routes.

Touching upon Armenia’s economic indicators of May 2018 published by the Statistical Committee, the PM stated. “Our main trade-economic partners remain the Eurasian Economic Union, the Russian Federation and then come the countries of the European Union. And in this context I want to state that the topic of normal operation of export routes has always been on the agenda of discussions of Armenian officials with their Russian and Georgian partners. I have discussed this issue with Russian President Vladimir Putin, and we have reached concrete agreements in this regard with Russian Prime Minister Dmitry Medvedev during the recent visit. We also had numerous discussions on this topic with Prime Minister of Georgia Mamuka Bakhtadze. I want to thank our Russian and Georgian partners for the implementation of our agreements on this matter”.

He stated that this factor is very important and means that Armenia’s export routes are operating in a reliable way and should continue in this way.