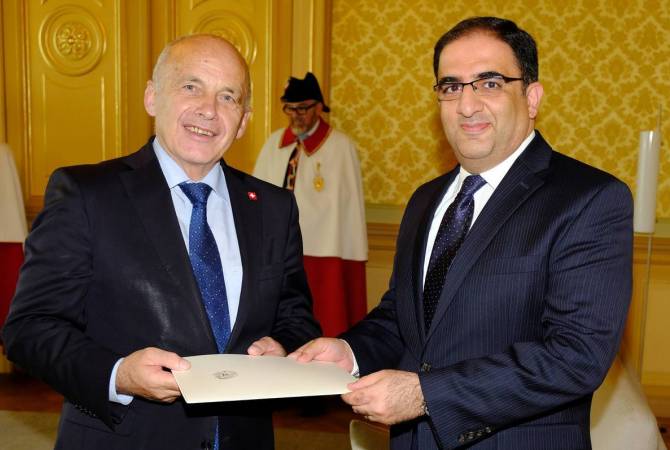 During their meeting the Swiss President congratulated the Ambassador on appointment, wishing him a productive work.

In his turn the Armenian Ambassador thanked President Maurer for the warm welcome and touched upon the Armenian-Swiss friendly ties, the bilateral partnership in various areas, highlighting the ongoing actions aimed at strengthening these relations.

Both officials emphasized the need to expand the Armenian-Swiss economic ties.