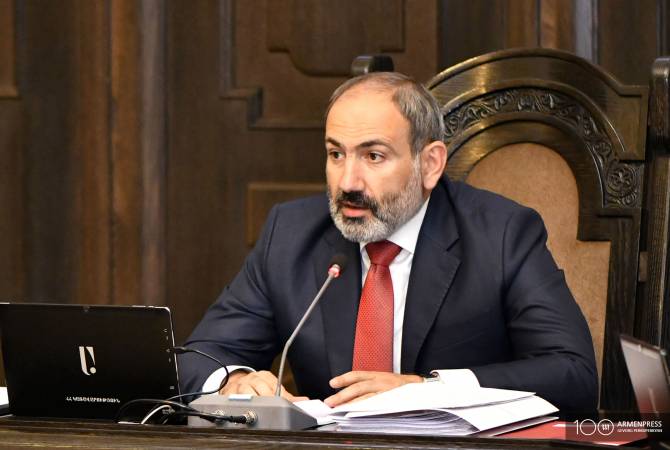 “Fortunately, we keep quite high economic activity figures.7.3% economic activity index has been registered in May, but I think the content is more important in this figure. I want to state that we had a 15% growth in export in May compared to May 2018, and 0.1% growth in January-May compared to January-May 2018 which means that we have overcome the export-related issues this year. According to the data of the first quarter, there were some concerns regarding export, but now these concerns have been overcome. The analysis show that we will have quite tangible growth in export based on the results of the year”, the PM said at the Cabinet meeting.

“If in the previous year the share of processing industry in export comprised 62.8%, this year it is 64.6%, and the export share of mining products decreased, comprising 25%, compared to the 27.6% of the previous year”, he added.

The PM stated that these figures show that the economy and the business community have understood the political messages of the government, but it’s more important for these messages to be perceived and absorbed also by the public administration system.

“Last year in September during the debates in the Parliament we were stating that a change is taking place in the economy’s structure, that the technological fields should record a greater growth, that the export should become the driving force of our economy. These are just signs, but very important signs that the economy and the business community have perceived the political messages of the government. And two days ago we had a working discussion on the medium-term expenditure programs and based on this discussion results we have recorded that it’s very important for these messages to be perceived also in the public administration system, and this system should also work with the logic the structure of the economic activity index hints us today. In other words, there are very concrete signs that the political message is perceived by the economy, and there are certain signals that, nevertheless, these signals are not completely perceived and absorbed by the public administration system. The talk concerns all spheres of state power, including legislative, executive, judicial, local self-government, and I think this is our most important action of the future”, the PM added.